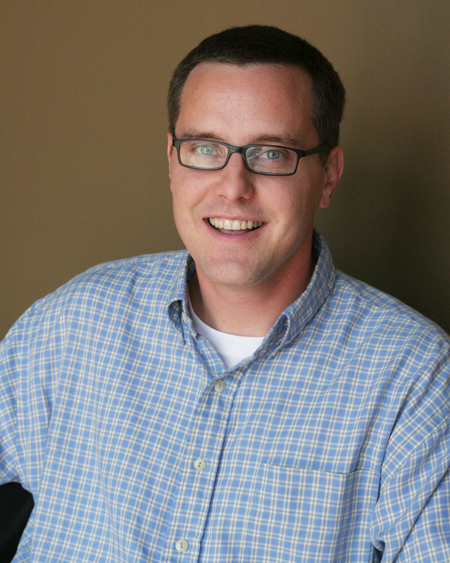 By God’s grace, Dale grew up in a God-fearing, church-attending family. In fact, Dale recognizes that the work of God in his life is rooted in the prayers of his grandparents long before he was even born. Dale’s family is from northern Illinois. Dale met his wife, Erin, in northern Wisconsin, while serving at a church, and God knit their lives together in marriage in June 2000. God has blessed Dale and Erin with five sons and one daughter, who keep their home full of activity. Dale enjoys reading, camping, traveling, recreational sports, and playing with his kids.

Early in Bible college, Dale sensed God’s call on his life to proclaim the glories of God in the gospel of Christ. In pursuit of that calling, Dale has studied at Moody Bible Institute, The Bethlehem Institute, and Covenant Theological Seminary. Over these years, God has led Dale to serve in the local church in a variety of ministry positions, including teaching Bible and theology at the Cameroon Baptist Theological Seminary for a school year. Dale has served Oak Hills as pastor since the summer of 2011.

Dale has come to believe and experience that our only hope, joy, and peace in this life is found in and through the gospel of Jesus Christ. Dale’s prayer for Oak Hills echoes Paul’s prayer in Romans 15:13, “May the God of hope fill you with all joy and peace in believing, so that by the power of the Holy Spirit you may abound in hope.”

Stephen hales from southern Missouri where he grew up in the church, coming to faith and sensing a call to pastoral ministry from a young age. He met his wife, Madison, while interning at a Kansas City area church the summer after his first year in college and a year later they were married. Stephen spent time working with church replants in the Southern Baptist Convention while finishing his undergrad at Midwestern Baptist Theological College (now Spurgeon College).

After graduating from Midwestern in May of 2013, Stephen and Madison moved to sunny San Diego for Stephen to pursue his M. Div. at Westminster Seminary California where he graduated in May of 2017. Around the same time as graduation they received the call for Stephen to come serve as the Assistant Pastor at Oak Hills, a church he had come to know and love while at seminary through an internship opportunity at a sister church in the Heartland Presbytery. He has served as the Assistant Pastor of Oak Hills since the summer of 2017.

Stephen loves to hang out with people, play board games, eat delicious food (especially tacos and BBQ) and go camping/hiking. His passion is to see others grow in their knowledge of and love for the beautiful salvation freely offered to them in Christ. Stephen and Madison have 3 children – Melody, Judah, and Eden (who is in heaven with her loving savior).